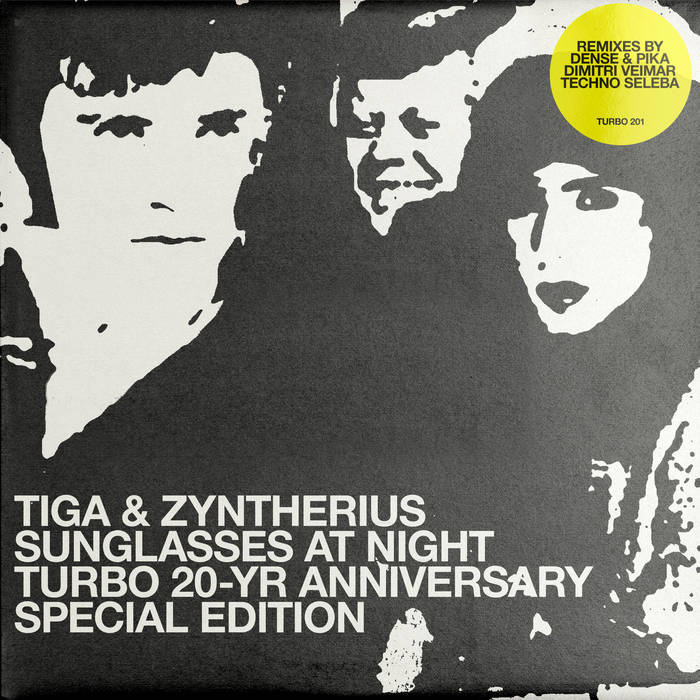 As Turbo celebrates its 20th anniversary, we feel conflicted over making a big deal out of it. On the one hand, 20 years of sustained excellence makes you an institution. On the other, it seems beneath an institution to throw itself a big birthday party at the local laser tag arena. This is the kind of dilemma we’ve been grappling with for two decades now.

Originally released in 2002, “Sunglasses at Night” is the song that launched label boss Tiga to singing-DJ superstardom. The electro update of Corey Hart’s switchblade owner’s anthem was nothing short of a phenomenon, thanks in large part to the production wizardry of Zyntherius, aka Jori Hulkkonen, a strong contender for lifetime Turbo MVP.

So as we look back while looking forward while remaining completely in the present moment, we’ve entrusted a huge part of our history to some of today’s hugest artists. But nothing could be huger than the gratitude we feel toward our longtime fans, those who have been with us since the beginning and who probably know that “Sunglasses at Night” wasn’t even released on Turbo. This is for you.